Help with your
EIDL
Loan Application 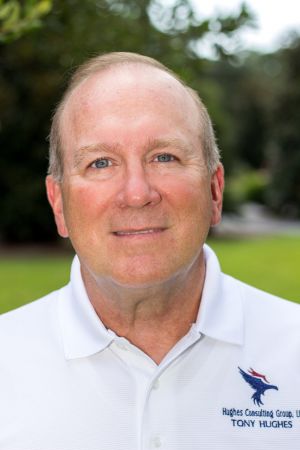 Tony Hughes spent 42 years as a career banker, beginning as a teller, then working as a consumer lending officer, an assistant branch manager, branch manager, commercial lending officer, senior commercial lending officer, president and chief executive officer. Over those years he has worked with thousands of small and medium sized businesses in helping them achieve their financial aspirations and dreams. As a community banker, he was a trusted business adviser his customers turned to for sound opinions and he offered creative options for them to consider.

After the sale of his bank in 2018, he continues his passion for helping entrepreneurs, small and medium sized businesses, and non-profit organizations through his consulting engagements and his website bankeronyourside.com.

Over his career, he has served on the board of directors of many not-for-profit organizations, including Pensacola Habitat for Humanity, Okaloosa Habitat for Humanity, the University of South Alabama National Alumni Association, Navarre Beach Area Chamber of Commerce, Emerald Coast Military Affairs Council, Okaloosa Law Enforcement Benevolent Association, Florida Banker’s Association, SOF Missions, and the Air Force Enlisted Village. He was a founding board member of the Fisher House of the Emerald Coast and served as its first president.

His record of community service includes the Committee for a Sustainable Emerald Coast, membership in the Defense Support Initiative of Okaloosa County’s Economic Development Council, stints as an Honorary Commander at Eglin Air Force Base’s 33rd Fighter Wing, Hurlburt Field’s 1st Special Operations Wing, and the Army’s 7th Special Forces Group. He served eight years as a member of the Chief of Staff of the Air Force’s Civic Leader Program and was presented the Air Force Distinguished Public Service Award by Air Force Chief of Staff General David Goldfein. This is the highest award presented by the Air Force to an non-employee civilian.

Mr. Hughes was an honors graduate from the University of South Alabama with a Bachelor of Science in Finance and was subsequently awarded a Master of Business Administration from there. He is a graduate of the American Bankers Association National Commercial Lending Graduate School at the University of Oklahoma in Norman, OK. He attended the National Security Forum at Air University, Maxwell Air Force Base.

He and his wife reside on their horse farm in Milton, FL.

Connecting my business experience with your business